Victoria Basham is Reader (Associate Professor) in International Relations at Cardiff University, UK. Prior to joining Cardiff in January 2016, Victoria worked at the University of Exeter, and before that, spent several years at the University of Bristol obtaining her undergraduate degree in Social Policy and Politics, completing her PhD on gender, race and sexuality in the British Armed Forces, and carrying out an ESRC Postdoctoral Fellowship, during which she was also a Visiting Fellow at the York Centre for International and Security Studies, Toronto, Canada.

Victoria’s main research interests lie in the field of critical military studies, a burgeoning sub-field of international studies that seeks to centre questions about militarism, militarisation and military power. Her work examines how war, and war preparedness, shape people’s daily lives and how daily life can, in turn, influence and facilitate war and other geopolitical outcomes. She is particularly interested in how gender, race, ethnicity, sexuality and social class shape the prioritisation, use and perpetration of military force, especially in liberal democratic societies. Victoria is an editor and co-founder of the Taylor & Francis journal Critical Military Studies, and also co-edits the Advances in Critical Military Studies book series for Edinburgh University Press. Victoria has served on the EISA governing board since 2015 and was elected its President in 2017. Her research interests focus on peace studies, particularly peacekeeping and peacebuilding; foreign policy, international security, Russia and the post-Soviet space. Her work has been published in peer-reviewed journals such as European Politics and Society, Journal of Balkan and Near Eastern Studies, East European Politics, European Security, International Peacekeeping, International Politics, Asian Perspective, Global Society, La Revue Internationale et Stratégique, Journal of Conflict, Security and Development, among other. She is the author of Conflict and Security in the Former Soviet Union: The Role of the OSCE, Ashgate, 2003, reprinted in 2018 with the Routledge Revivals Series; A Rússia de Putin: Vectores Estruturantes de Política Externa, Almedina, 2011; co-editor of Managing Crises, Making Peace: Towards a Strategic EU Vision for Security and Defense, with Maria Grazia Galantino, Palgrave, 2015; and of Competing for Influence: The EU and Russia in Post-Soviet Eurasia and of Russia and European Security, with Roger E. Kanet, Republic of Letters (2 vols.) 2012, as well as of Russia and Its Near Neighbours: Identity, Interests and Foreign Policy, also with Roger E. Kanet, Palgrave, 2012, among other. 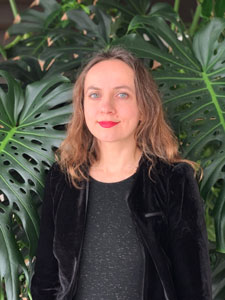 Dr Mälksoo earned her PhD and MPhil degrees from the University of Cambridge. She has held visiting fellowships at the Centre for International Studies, LSE and Helsinki Collegium for Advanced Studies, and has previously worked at the University of Tartu, Estonia. She has policy experience from the Estonian Ministry of Defence, International Centre for Defence and Security, Tallinn, and the Office of the President of Estonia. Maria currently sits on the editorial boards of Contemporary Security Policy, Journal of Genocide Research, International Political Anthropology and New Perspectives. In parallel to the EISA Governing Board, she also serves at the CEEISA Executive Committee. 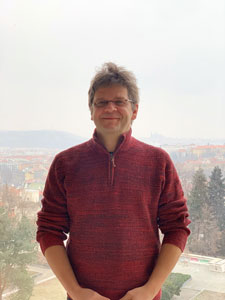 EISA Portfolio: Relations with Other Associations

Mathias Albert is Professor of Political Science at Bielefeld University and one of the Directors of the Institute for World Society Studies there. He is currently speaker of the doctoral research training group ‘The emergence of modern world politics’. He has written, co-authored or edited numerous books and written or co-about one hundred and thirty articles and chapters in the field of international relations. He is also active in youth research, and one of the leaders of the German Shell Youth Studies since 2002. Mathias is particularly interested historically in and sociologically grounded analyses of the system of world politics. More specific current projects deal with practices of military force comparisons, the changing politics of the polar regions, and implications of the quantum revolution for the social world.

His latest book publications are: A Theory of World Politics (Cambridge University Press, 2016) and The Politics of International Political Theory (ed. with A. Lang; Palgrave, forthcoming 2018).

Valeria Bello is Associate Professor in Sociology at the Blanquerna Faculty of Communications and International Relations, University Ramón Llull, Barcelona (Spain) and expert consultant on inequalities, migration and human security for a variety of international agencies and governments. From 2012 to 2018 she has been Senior Research Fellow at the United Nations University, Institute on Globalization, Culture and Mobility (Barcelona, Spain), where she coordinated the research area of “Migration and Inclusion”. 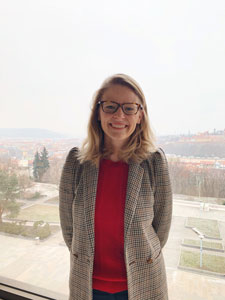 Maj Grasten is an Assistant Professor at the Department of Business and Politics, Copenhagen Business School (CBS). Her research sits at the intersection of the fields of International Relations and International Law, with a particular focus on international organizations and legal bodies, transnational governance, experts and knowledge production in international law. Her research deploys multi-sited ethnographic methods in tracking how global policy processes are developed and structured. She has been a visiting fellow at Universidad de los Andes, Melbourne Law School at the University of Melbourne, Freie Universität Berlin, and Vrije Universiteit Amsterdam. At CBS, she is also affiliated with the research project ‘Civil Society in the Shadow of the State (CISTAS)’. In her capacity as board member of the European International Studies Association (EISA), she is responsible for organizing the annual Exploratory Symposia in Rapallo and the EISA newsletter. 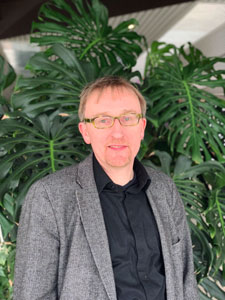 He is best known for his work on the politics of insecurity, the securitization of migration, critical methods, and international political sociology. Currently he is working on security and democracy in times of surveillance, the political life of methods, the political significance of the everyday, and fracturing worlds.

He has published widely in leading journals in international studies, politics, and European studies. He is author of Security Unbound. Enacting Democratic Limits (Routledge, 2014), The Politics of Insecurity. Fear, Migration and Asylum in the EU. (Routledge 2006); and What is Politics? (Edinburgh University Press, 2005). He edited with Andrew Dobson and Raia Prokhovnik The Politics of Protection. Sites of Insecurity and Political Agency. (Routledge 2006); with Patricia Noxolo Community, citizenship, and the ‘war on terror’: Security and insecurity. (Palgrave 2009), with Xavier Guillaume Citizenship and Security. The constitution of Political Being. (Routledge 2013), and with Claudia Aradau, Andrew Neal and Nadine Voelkner Critical Security Methods. New Frameworks for Analysis. (Routledge, 2014) 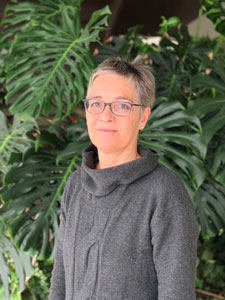 EISA Portfolio: Prizes, Awards and Developments in the Discipline Anna Leander is Professor of International Relations at the Graduate Institute in Geneva, with part-time positions also at PUC, Rio de Janeiro and at the Copenhagen Business School. She studied at Sciences Po. Paris, the London School of Economics and received her PhD from the European University Institute. She is known primarily for her contributions to the development of practice theoretical approaches to International Relations and for her work on the politics of commercializing military/security matters. Her current research pursues these interests focusing specifically on the digitally mediated politics of commercialized security.

She is current involved in two research projects the Nordic Centre of Excellence for Security Technologies and Societal Values and the Violence Prevention Initiative. She has extensive editorial experience and is currently editing the Cambridge Elements in International Security, Context to International and the Routledge series of Private Security Studies. She has also been the member of number of research councils, policy-advisory bodies and boards of professional associations. She is currently Vice Chair of the Academic Board of the German Institute for Global and Area Studies and a member of the German Research Council Working Group on Peace Research. Sending does research on global governance, with a particular focus on the role of international and non-governmental organizations in peacebuilding, humanitarian relief, and development. His publications have appeared, inter alia, in International Studies Quarterly, European Journal of International Relations, and International Theory. Juha A. Vuori is Professor of International Politics at Tampere University in Finland, and an Adjunct Professor of World Politics at the University of Helsinki. He is most known for his work on securitization theory, visual security studies, and Chinese politics. His current research engages with social imaginaries of estrangement, the political aesthetics of security and related concepts, and Chinese Internet-Control.

He is currently involved in research projects on the Colours of Security (Kone Foundation), and on Imposing Security through US campus carry legislation (Academy of Finland). He is part of the managerial group of the NordSTEVA Nordic center of excellence, the current president of the Finnish Peace Research Association, and former president of the Finnish International Studies Association. Anna Wojciuk was a Fernand Braudel Fellow at the EUI, Florence (2017/18), Visiting fellow at Harvard University (Department of Government and Harvard Kennedy School of Government, 2008/2009), a Visiting scholar at Columbia University in New York (School of International and Public Affairs, 2008), in European University Institute in Florence (2013 and 2017/18 as Fernand Braudel Fellow), Cornell University (2016), and at CERI Sciences-Po in Paris (Chercheur invité, 2009).